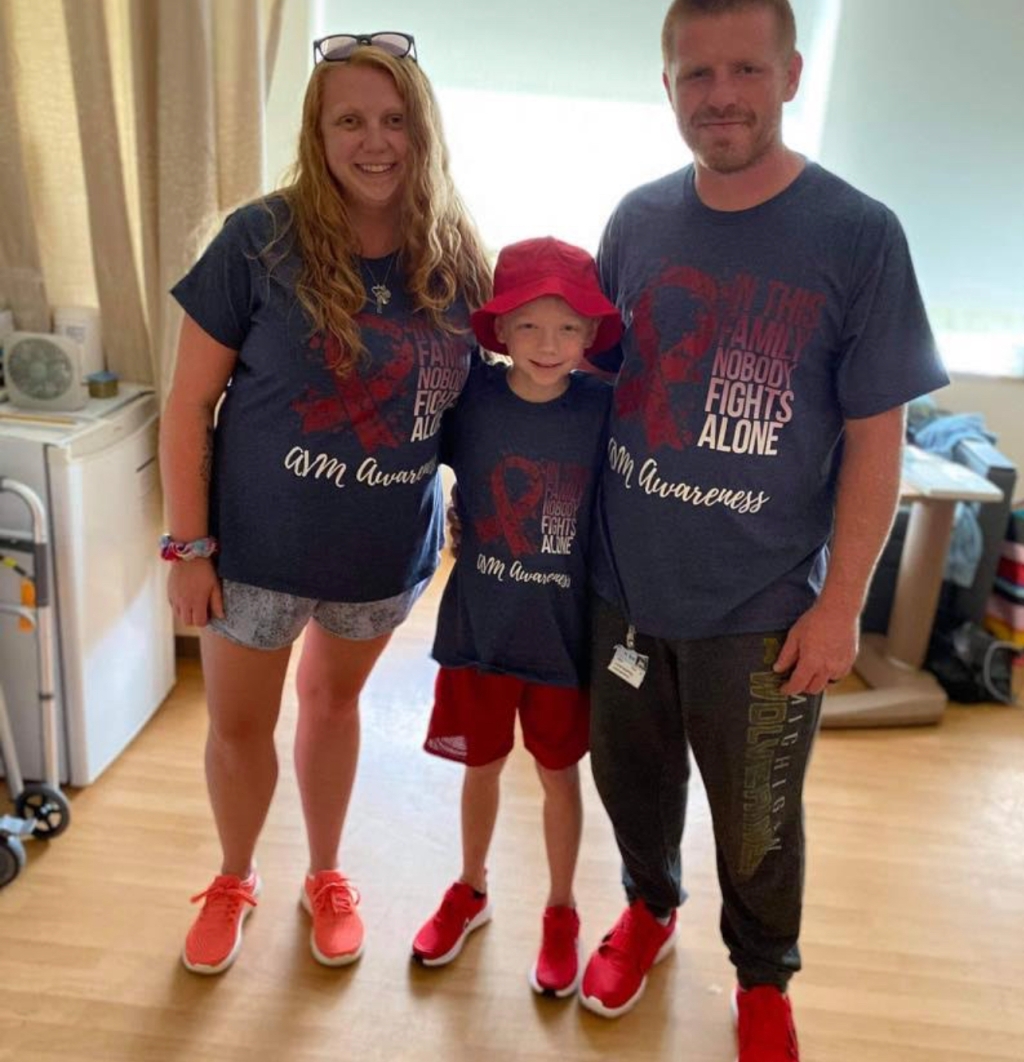 Nicholas Matteson, 9, of Commerce Township complained of a severe headache – and only two minutes later passed out.

After being airlifted to the University of Michigan hospital, doctors found a large mass on his brain and hemorrhage in his cerebellum. She was diagnosed with an arteriovenous malformation – known as AVM – a tangle of abnormal blood vessels connecting the arteries and veins in the brain.

AVM is a rare disease with fewer than 200,000 cases in the United States each year.

People with AVM are usually born with it and, like Nick, may have no idea because they don’t have any symptoms until a blood vessel ruptures.

After a scary week in the intensive care unit, Nick was finally able to walk again and his feeding tube was removed. His mother, Callie Matteson, said that when her son was able to walk the hall for the first time, medical staff lined the hallway, cheering, “VIP is coming!”

“He was out of balance, but that’s normal because the cerebellum controls the balance,” Callie said. “(Doctors) are optimistic that he can make a full recovery and lead an almost normal, if not completely normal, life one day.”

Nick was released from hospital on August 10 after a 15-day stay and will be back in about a month for brain surgery.

“The love we received really touched us and we will never forget it. … So many families are not as lucky as we are, and it breaks my heart, ”her mother said.

To raise funds for the Matteson family, Michigan Made Nutrition is hosting an AVM fundraiser and awareness event from 6:30 a.m. to 7 p.m. on Friday, August 27, at their location at 901 Nordic Dr., White Lake.

“The donations will be used for all medical expenses that are not covered by my health insurance and any medical equipment he might need for physical therapy,” said Justin Matteson, Nick’s father. “Community support will ease the financial burden that has been placed on us so that we can focus our attention on our son. “

To donate directly to family through GoFundMe, visit bit.ly/support4nicky.