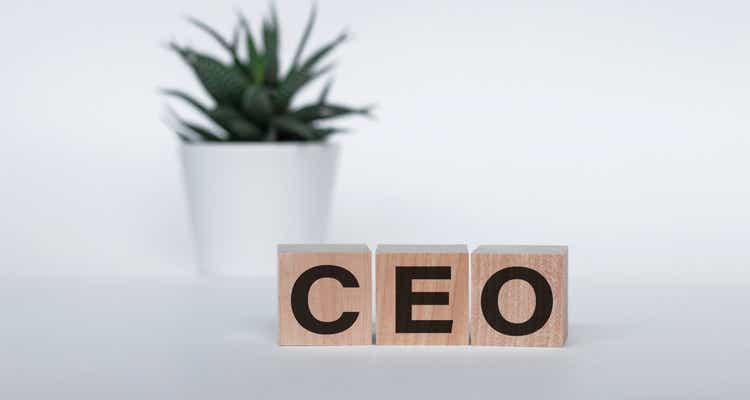 Stock of Lake Resources: Be Careful in a Short Report

I last wrote on Lake Resources NL (OTCQB:LLKKF) in April, discussing the company’s Kachi project in the lithium triangle, its partnership with Gates Foundation-backed Lilac Solutions, and the opportunities favorable financing available to the company. I concluded the item recommending stock based on the project continuing to move forward smoothly and predictably. Since then, however, a lot has changed, and Lake is now making headlines for all the wrong reasons.

And while none are enough to justify dumping the stock, investors may want to take a wait-and-see approach before initiating or adding to existing positions. At least until the company appoints a new CEO and we have a better understanding of how that person will run the company.

By mid-June, the company’s stock price was already hurt by a pullback in the lithium sector triggered by rising interest rates, an economic slowdown and a broader market sell-off. But the sudden resignation of Steve Promnitz on June 20, at the same time with reports that he had fully liquidated his 10.2 million shares, shocked the market and caused the stock price to plunge.

This was clearly not an amicable split, as Promnitz reportedly emailed the board on a Friday afternoon to inform them that he was stepping down as chief executive and CEO. with immediate effect. It was under his leadership that the company established its presence in South America and forged its partnership with Lilac Solutions. The company, which seems to have been taken by surprise, announcement that Stu Crow, chairman of the board, had been appointed executive chairman for the next six months to oversee the transition.

If that wasn’t enough, the accumulation continued when J Capital Research, an activist short seller, released a report July 11. The activist questioned Lake Resource’s assessment, citing several unnamed “experts”. They wonder if Lilac’s DLE technology is not yet proven and if it can work on a large scale, if it can work at a reasonable cost and if it can work in the Argentine province of Catamaca.

The report says the pilot plant has fallen behind schedule and Lake has missed several deadlines over the years. It also takes aim at Lake’s claims that its lithium mining methods are “cleaner technology” that is “sustainable – low water/land impact”. J Capital attempts to refute these claims by saying that, “The reality is that DLE technology can only cut water requirements in half, compared to evaporation, and multiple reports indicate it is likely to produce significant toxic waste.” They keep saying:

The report concludes by discussing the professional backgrounds of Stuart Crow and Steve Promnitz.

Any reader wishing to read J Cap’s full report can find it here. As for short reports, I found most of his arguments unconvincing.

Delays, missed deadlines and delays are part of the lithium mining industries and especially junior mining companies. If investors shorted pre-production lithium miners every time one of them missed a deadline, the short-term interest for most junior lithium stocks would quickly jump to 100%. This is especially the case when devising a new way of doing things.

When it comes to water use and waste issues, DLE technology will “only” cut water requirements in half and generate industrial waste that needs to be disposed of. I don’t know of anyone at Lake Resources, or in the DLE industry as a whole for that matter, who has ever claimed that DLE technology would have no impact on the environment, in terms of resource consumption. Obviously, some resources must be used, including water, in the extraction of industrial metals from brine, and these processes will generate waste. No one is claiming that DLE is an environmental panacea, but rather an incremental improvement over the existing process.

The report also criticizes Lake for putting all of her eggs in one DLE basket; work with one DLE supplier instead of two or three like some other lithium producers. It’s a valid criticism, but not one for which the stock should be shorted. Rather, an investor seeking exposure to DLE technology should consider this fact when sizing positions, taking a larger position in a stock with multiple DLE partners while holding a relatively smaller position in Lake.

Fulfill the role of CEO

Surprisingly, J Capital’s report had little to say about Steven Promnitz’s departure. However, Stuart Crow, the company’s aforementioned executive chairman, addressed the issue in a recorded webinar on June 24, and job on the company’s YouTube channel on June 28.

In it, he explains how six months ago the board began discussing hiring a new CEO with a broader skill set who could take the company from explorer to producer. of lithium. Four months ago, the company began actively looking for someone to fill this role. They wanted to move Promnitz to a leadership position in order to bring in “people who have experience managing and delivering projects of this magnitude.” I’m not too surprised that Promnitz wasn’t enthusiastic about the plan.

Crow said the company is in the final stages of shortlisting candidates for the CEO position as well as other executive and non-executive positions. According to Crow’s schedule on the date of the interview, the company should now have a shortlist of 4 candidates, one of whom will soon be selected.

During the interview, Crow denied rumors that Promnitz had left and sold his shares because the Lilac process was not working. He pointed to 4.5 years of lab-scale and pilot-scale data to back up his point. Not to mention the demonstration plant which is currently in a warehouse in Argentina until it is moved to the site on July 15th.

For most of the 20-minute interview, Crow stressed that everything was business as usual. He discussed the various operational areas of the company and briefly touched on the company’s plans to move to the United States. He didn’t provide much additional information about the candidates being considered, other than to say that “the quality and caliber of these people we are looking to shortlist are nothing short of exceptional.”

While Crow’s interview answered many questions, the company is still in a state of uncertainty and shareholders don’t know who will lead it in two or three months. And this is a major source of uncertainty.

He promised “exceptional” people, and that could very well turn out to be the case. But investors should keep in mind the circumstances under which this executive search is conducted. High-level candidates can see a solid company with strong assets in a growing industry, a company that has great potential to change the industry through the employment of new technologies. Or, they may see the circumstances under which the former CEO left and wonder if that will ever be their fate. Something that could cause some A-list candidates to have doubts about signing.

Given the importance of senior management’s role in Lake’s next phase of development as it moves into production, the new CEO and management team will have an outsized impact on the company’s long-term prospects. ‘company. For this reason, I rate the stock as a Hold because investors would be well served waiting for a new CEO to be appointed before adding to existing positions or creating new ones.