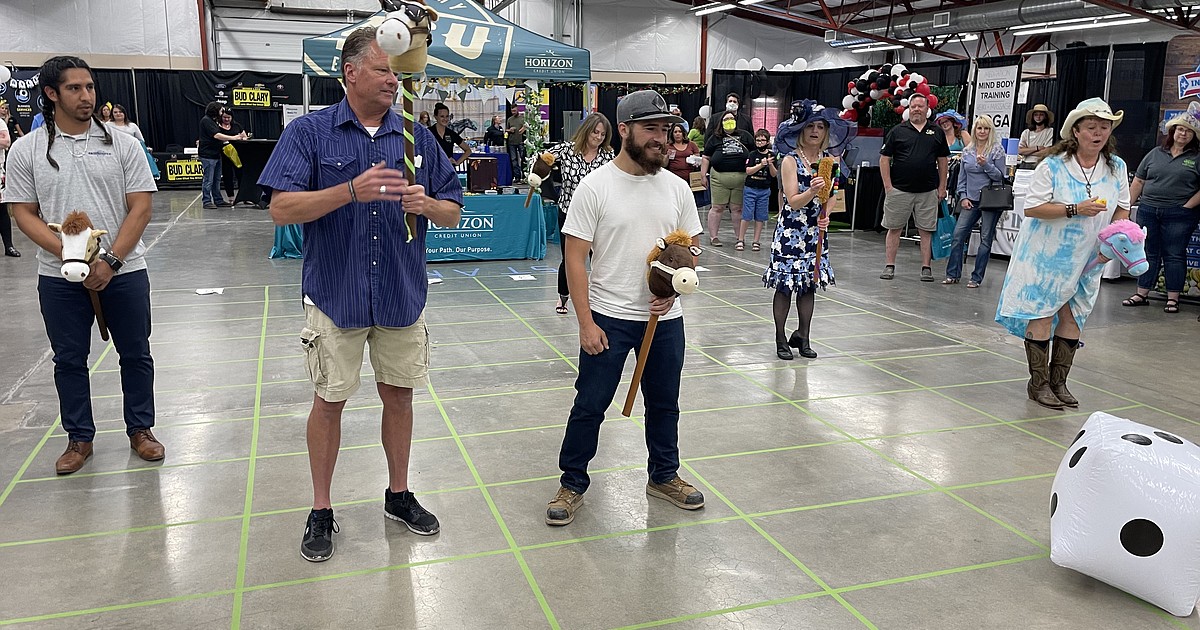 LAKE MOSES – Getting things back on track.

This was the theme of this year’s Moses Lake Business Expo, hosted by the Moses Lake Chamber of Commerce and held at the Grant County Fairgrounds last week.

Entitled “A Day at the Races”, this year’s exhibit was inspired by the Southern Kentucky Derby style, with a fancy hat contest and even a “horse race.”

It is about coming out of more than a year of lockdowns, restrictions and limitations imposed in response to the COVID-19 pandemic, according to Chamber of Commerce president Debbie Doran-Martinez.

“We have to get back on track and that is our theme,” said Doran-Martinez.

Attendance was swift at the three-hour evening, with businessmen from across the region coming to eat, drink and socialize – both for business and pleasure – and to show off their products and services after a year of lockdown .

“It’s good,” said Travis Kohlrus, regional vice president of Vyve Broadband, which merged with Northland Communications in 2019. “It’s good to see smiles and people running and coming back to normal.”

Jim Duzon, co-owner of Top Gun Concessions & Catering at the fairgrounds with his wife Joy, said the past 18 months had been “pretty slow” and he was not only happy to respond to the trade show, but had looking forward to traveling to serve food and do business.

“Things are looking good. We have had several great events in the past three or four weeks and people are ready to come out, ”said Duzon.

Duzon said his business would typically operate concessions and serve food in 19 counties across three states, although that did not happen in 2020.

“It looks like we’ve done more in the past two weeks than in the past year and a half,” said Mykiah Hollenbeck, who has been named the Miss Moses Lake Roundup.

Despite his insane equestrian skills, Hollenbeck was not one of the riders in the “horse race,” which involved six people with hobby horses in a grid, each rider advancing one square as a pair of giant inflatable dice tossed. their channel number.

This race was won by Shannon “Shambo” Waters, but only after real estate broker Doug Robins tossed a coin to determine who won, when the dice roll prompted Waters and Rich Victor to finish at the same time.

Charles H. Featherstone can be contacted at cfeatherstone@columbiabasinherald.com.