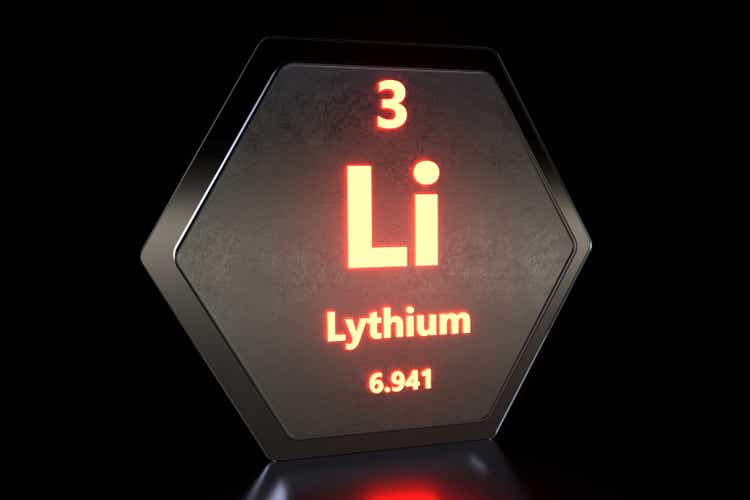 Lake Resources Inc (OTCQB:LLKKF) recently made headlines after signing an offtake agreement with Ford Motor Company Inc (NYSE:F). The deal was for 25,000 tonnes per annum (tpa) of lithium carbonate equivalent (LCE), half the amount it plans to mine from its Lake Kachi project in northern Argentina once it begins production in 2024. This comes just weeks after the miner made a similar case for the other half of its production with the Japanese company Hanwa Co., Ltd. Over the past few years, Lake Resources has made all the right decisions in guiding Kachi to completion. This report examines where the company stands today and why it may be a good investment for anyone looking to add lithium exposure to their portfolio.

For those new to the stock, Lake Resources is an Australian pre-production lithium mine with 5 100% owned projects in Argentina. In total, they cover 2,200 km² (~850 square miles) and are located in the lithium triangle. In recent years, the company has focused its efforts on the development of its flagship Kachi project. Kachi covers an area of ​​70,000 hectares (170,000 acres) and has 4.4 Mt LCE of indicated and inferred resources (indicated 1.0 Mt, inferred 3.4 Mt).

Initially, the project had a target capacity of 25.5 tpa LCE when the Pre-Feasibility Study (“PFS”) was completed. Capital costs for the project were estimated at approximately $544 million with operating costs of $4,178/metric ton. Shareholders are currently awaiting completion of the Definitive Feasibility Study (“DFS”) which management believes will likely be completed by the end of the second quarter of 2022.

Drilling to date has focused on the southwest corner of the known salt lake and surrounding areas. The Resource Statement released to the ASX on November 27, 2018 identified a significant upside above the significant total identified resource of 4.4 Mt LCE (indicated 1.0 Mt, inferred 3.4 Mt).

Another press release issued on January 19, 2022 reiterated this point stating that “DFS will be expanded from 25,500 tpa LCE to 50,000 tpa LCE, supported by an expected increase in resources estimated from drilling results.” A significant upward revision of the resource estimate would undoubtedly be good news for shareholders.

On the negative side, however, initial estimates of capital and operating costs may also be affected by rising prices on almost anything due to global supply chain issues. However, a design change that occurred after the PFS was completed to incorporate more solar hybrid power should help offset at least some of these increases. Incorporating more solar power should also help with an environmental and social impact study that is currently underway.

After the publication of the DFS, the company will start working on the final investment decision (“FID”) and after that the construction phase will begin. The project is expected to begin production in 2024.

One of the best-known selling points of Lake’s Kachi project is the 99.97% purity level of the lithium carbonate it produces. However, Lake’s lithium has other advantages. Chief among them is the relatively small environmental footprint it creates as well as the speed at which the brine will be processed.

That’s because Lake has partnered with Lilac Solutions, a private company backed by the Gates Foundation that has created a new extraction method. Lilac’s direct lithium extraction process differs from conventional brine evaporation methods by adopting ion exchange, a water treatment procedure that enables lithium extraction. It also allows most of the salt water to return to the source after the lithium has been removed.

On-site factory will replace 20-30 km2 of evaporation ponds and allow the company to accomplish in 3 hours what previously took 1 to 2 years. A preview of the process can be seen on the exhibit below. These are two of the reasons the company has had no trouble finding downstream companies willing to sign offtake agreements and agencies willing to provide financing.

As of December 31, 2021, the company had $50.4 million in cash and had no debt and it continued to raise an additional amount of AUD 39 million in March through the issuance of 40 million shares. This will likely be more than enough to complete both the DFS and FID for Kachi, leaving him in a position where he won’t have to raise any additional funds until construction of the project begins. Lake also has three other lithium brine projects in northwest Argentina; these being Cauchari, Olaroz and Paso. He aims to eventually grow these projects over time with the goal of becoming a multi-asset producer, but the bulk of the work, in terms of dollars spent, is currently focused on Kachi.

Financing for the construction of Kachi appears to be going quite well, as the company has received expressions of interest from UK Export Finance (“UKEF”) and the Canadian Export Credit Agency (“EDC “). These government agencies could finance up to 70% of the capital expenditure of the project. Funding comes in the form of loans, which is positive for shareholders, as junior miners often have to issue large amounts of stock, which dilutes existing shareholders. In this case, Lake would issue debt that would be non-dilutive financing for existing investors.

These loans will be repaid over 8.5 years after construction and offer an extremely favorable interest rate for a business in Lake’s position. In its most recent quarterly, the company writes that the loans would be made at the fixed OECD commercial interest rate reference (“CIRR”) applicable on the date of signing and that the rate would be valid for the term of the loan. Currently, CIRR is only 3.15% for a term of 8.5 years or more. About two-thirds of agency debt could be financed at the OECD CIRR interest rate.

If we use the capex estimate of $544 million from the company’s pre-feasibility study, we find that the company will only have to pay $7.9 million in annual interest on $251 million of debt, a really excellent rate for a junior miner. This is calculated by multiplying the $544m by the UKEF and EDC 70% funding commitment, then multiplying that by two-thirds of the funded debt to the CIRR (544*0.7*0.66*0, 0315).

Lake is in the process of fulfilling the first two of these requirements and, as mentioned, recently signed an offtake agreement with Ford for half of Kachi’s nameplate capacity after signing a similar agreement for the other half with Hanwa Co. .just a few weeks. before. The company quickly ticks off all of the listed requirements in order to lock in this low-rate, non-dilutive financing.

The project continues to proceed smoothly and predictably, and so far it appears that it will meet the production start date target of 2024. This will allow Lake and its investors to begin to directly benefit from the surge in lithium prices.

There are two main risks to the thesis, the first being a fall in lithium prices. The price of metal has risen significantly over the past year, but if it ever crashes, the viability of the project could be called into question.

The second risk comes from the macro environment. As noted in a previous article on Lithium Americas Corp. (LAC), the global environment is going through a phase of resource nationalism in which many governments attempt to take control of the natural resources within their borders. Argentina has been an exception in Latin America, but if a change of government occurs, bringing in a more nationalist and protectionist administration, Lake’s project could be in jeopardy.