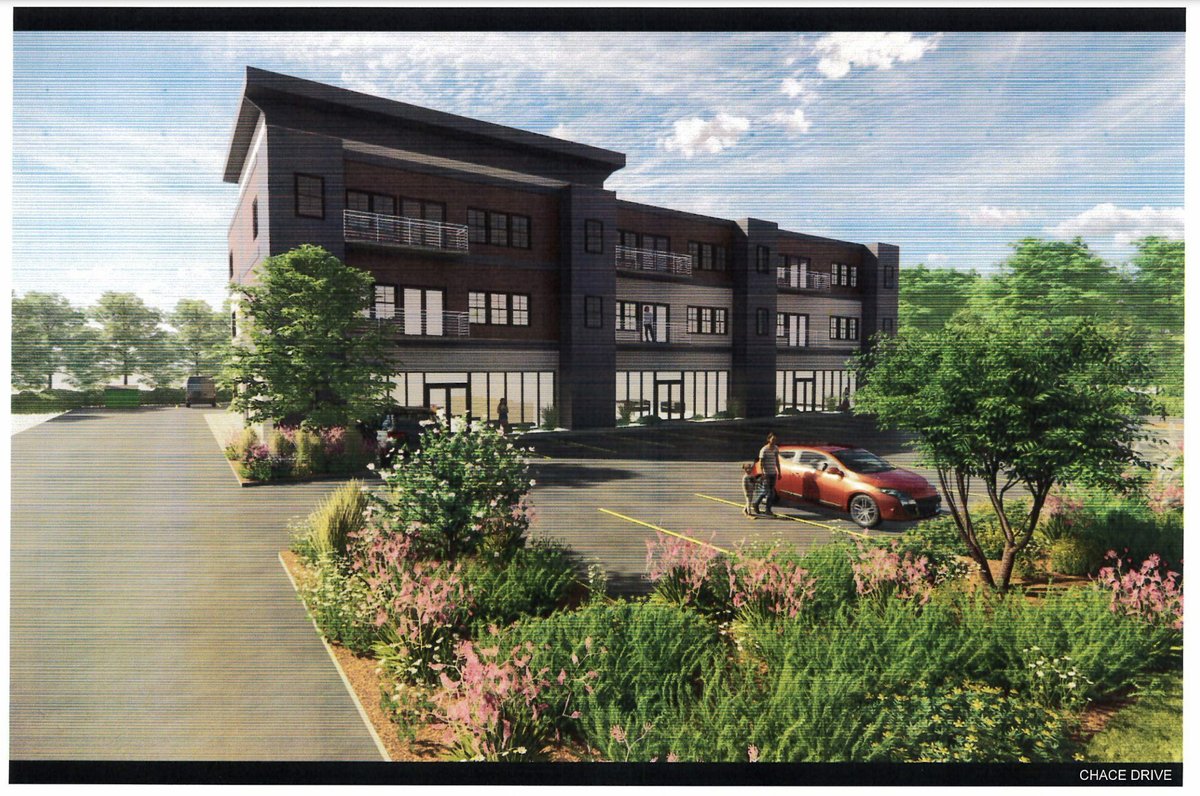 The Hoover Zoning Board on Monday night recommended Hoover City Council approve a mixed-use building in the commercial portion of Chace Lake despite concerns from many residents and a business owner.

Clint Sukar wants to build a 26,700 square foot three-story building on 1 acre at 1869 Chace Drive, right on the edge of Chace Lake’s commercial district and near single-family homes.

His plan originally called for three office/retail sites on the ground floor of the building and 12 residential condominiums: two condos on the back of the ground floor and five each on the second and third floors.

But several nearby commercial landlords complained to the Hoover Zoning Board in August, saying they worried there weren’t enough parking spaces on the plans and feared customers and residents would overflow onto their property and take up valuable parking spaces.

They also expressed concern that residents of the condo complex would let their dogs relieve themselves on adjacent commercial properties.

A month later, Sukar submitted a revised plan to the zoning board, eliminating two of the condos and converting that space to indoor garages for six of the condos. The revised plan meets the city’s parking requirements, city planner Mac Martin said.

Sukar also agreed to restrict commercial uses of the 5,000 square feet of commercial space on the ground floor, prohibiting food or beverage services, such as a restaurant or cafe. The idea was that the catering services would attract more customers and therefore more vehicles.

Sukar also agreed to make the majority of the building’s exterior in two-tone brick (other than the glazed areas) and to use colors similar to those of adjacent businesses. Martin said Sukar had also submitted plans showing a corner of the property as an area where pets could relieve themselves.

Dr. Todd Howell of Chace Lake Family Dentistry next door still opposed the idea of ​​allowing people to live in the section of Chace Lake originally planned for commercial use.

Sukar and his representative, Asma Lusk, were asked if they would be willing to ban rental use of condos. Lusk said Sukar plans to sell the condos but could not yet say whether rental use would be prohibited.

April Danielson, an attorney who represents the City of Hoover, said it’s not up to the city to enforce private covenants.

Trena Reese, president of the Chace Lake Homeowners Association, said she is concerned that having residential use on this one-acre parcel will generate more traffic than businesses alone and Chace Lake residents already are. facing too much transit traffic between the United States. 31 and the lower part of Lorna Road.

Several Chace Lake residents have said they want to know the asking price for the condos that are planned. Lusk, who works in real estate, said she couldn’t say for sure yet due to changing market conditions. However, she said they would be high-end, two-bedroom condos of at least 1,420 square feet and she couldn’t imagine they would sell for less than $375,000.

The Zoning Board voted to recommend that City Council approve Sukar’s mixed-use application with several conditions, including that:

Hoover City Council is scheduled to hold a public hearing and vote on Sukar’s request on Oct. 17.