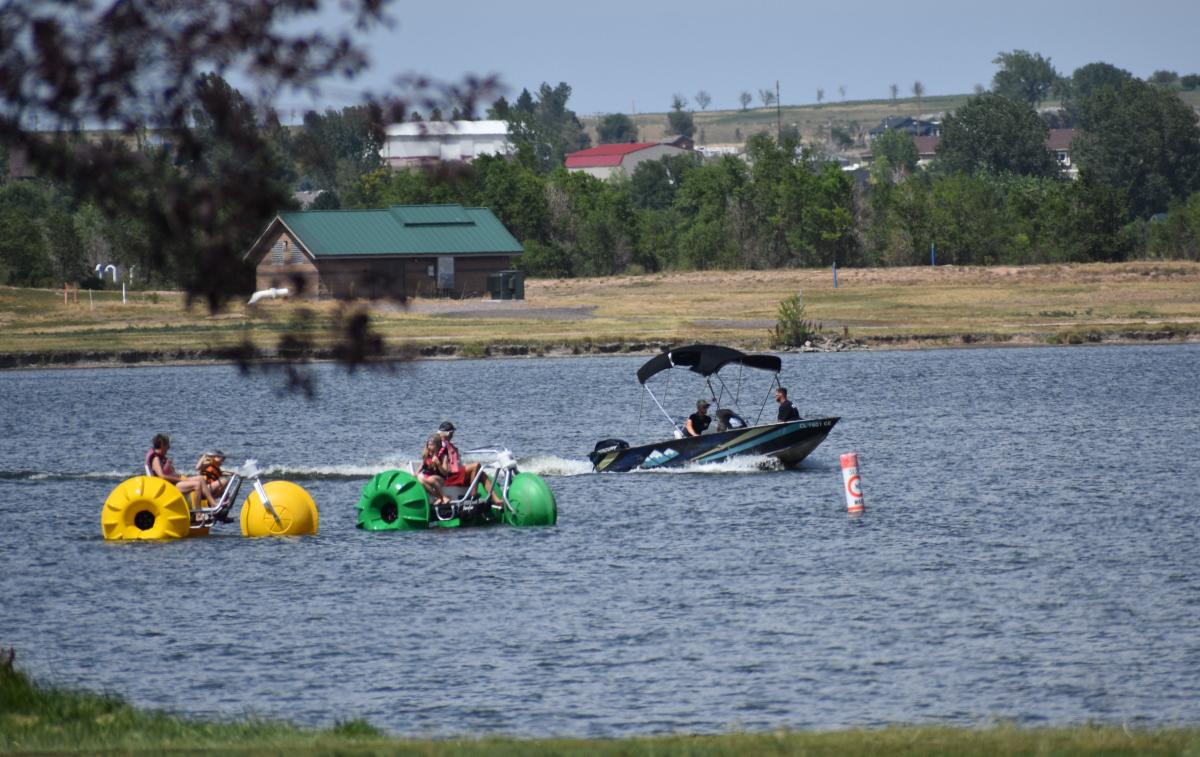 The City of Windsor and its Downtown Development Authority said misinformation about Lake Windsor’s future was spreading after a flyer circulated during the Winter Wonderland festivities on Saturday.

The flyer, which was also posted on social media platforms, said access to the lake from next summer would be limited to small gatherings due to construction near 250 condominiums. The flyer said larger events, such as Harvest Festival, July 4, Labor Day and Remembrance Day, usually held by the lake, would not be allowed.

Windsor officials flatly denied the information in a press release on Saturday night and in interviews on Monday.

The prospectus, the city said, refers to a development project for downtown Windsor that includes the DDA and vacant city-owned land next to the railroad tracks just south of Lake Windsor. Tribe Development Group was selected earlier this year as the Preferred Developer following Brinkman’s withdrawal from Fort Collins.

The project, known as the Backlots development, involves three different plots and has yet to be approved. Concept plans include up to 15,000 square feet of restaurant and retail space, with approximately 200 residential units.

In an interview on Monday, City Manager Shane Hale declined to speculate who was responsible for the flyer. In Saturday’s statement, Hale said “we want to dispel any notion that the park or access to it is going to be restricted in any way.”

If the project goes ahead, it would likely mean the loss of parking on land owned by the DDA but used informally by people visiting the lake and Boardwalk Park. However, this will not limit access to the lake before, during or after construction, said Hale and Matt Ashby, director of the DDA.

Ashby said some residents are concerned about the changes coming to Windsor, acknowledging that the change can be frightening and confusing at times. “We are looking to improve the overall business environment and bring new restaurants and retail businesses downtown,” he said.

Additional residential units downtown will provide an integrated customer base for these businesses, Ashby said. “We are excited about this potential and believe it will be a good addition to downtown. “

Over the past two years, the city and DDA have been working on a comprehensive downtown parking study. Windsor City Council approved $ 1 million in the 2022 city budget to acquire additional parking nearby.

Although the prospectus says the project near Lake Windsor begins next summer, the project schedule has not yet been determined. “Tribe is still working on schematics, and it could take several months,” Ashby said.

The diagrams will give the city and the DDA councils a picture of what is on offer, including the massing and layout of the buildings. Ashby expects to see more final designs in the coming months that DDA and City Council can use to start making decisions.

The project will need to be approved by both city and DDA councils and possibly the city planning commission during the development review process.

Pat Ferrier is a senior journalist who covers business, health care and growth issues in northern Colorado. Contact her at [email protected] Please support his work and that of other Colorado journalists by purchasing a subscription today.