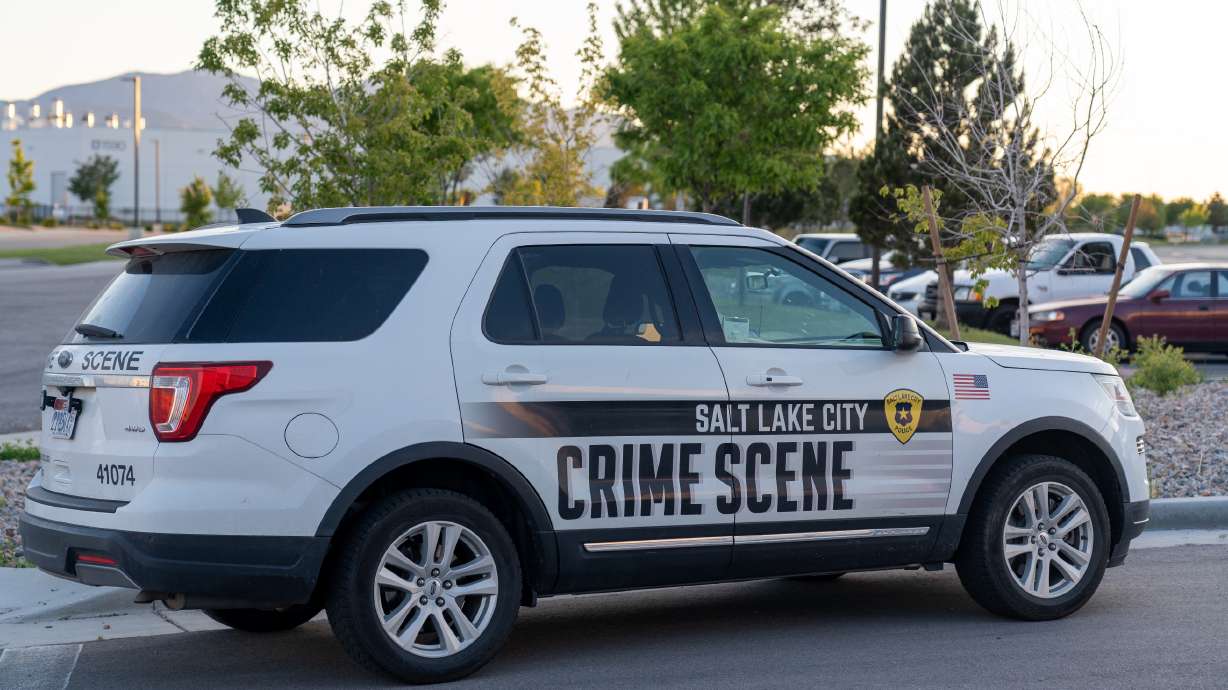 Salt Lake police have arrested a man after saying he shot one of his employees in the leg and also shot the tires of the employee’s vehicle. (Salt Lake Police)

SALT LAKE CITY — Police on Tuesday arrested a supervisor at a Salt Lake business who they believe shot one of its employees and the tires of the employee’s vehicle.

Tuigamala is described in a police affidavit as “the victim’s direct supervisor at work.” Around 7:30 p.m. Monday, Tuigamala allegedly got into an argument with the victim at their workplace, RLS Logistics, at 3190 W. Professional Circle. Tuigamala is listed there as a cold storage equipment operator.

“During this argument, (Tuigamala) can be seen on surveillance video walking to his vehicle and retrieving a gun. (He) then attempted to return to the business with the gun in his hand. , but someone had locked the door,” according to the affidavit.

After being kicked out of the workplace, police said Tuigamala drove into the parking lot “and shot all four tires” of the vehicle that belonged to the man he was arguing with.

“While (Tuigamala) was outside shooting at the vehicle, he repeatedly called for the victim to come out,” the affidavit reads.

After his arrest, Tuigamala admitted to police “something bad would have happened” if the man had come out at the time, according to the arresting officer. The man eventually unlocked the front door of the business to see what was going on, and was then shot in the leg by Tuigamala, according to the affidavit.

“After being shot, the victim retreated inside the business to get away from (Tuigamala). (He) followed him into the lobby of the business,” the affidavit reads.

The victim’s injury was not serious. Police said he was treated at the scene by paramedics and released. Tuigamala was arrested and imprisoned.

Pat Reavy is a longtime police and court reporter. He joined the KSL.com team in 2021 after many years reporting for the Deseret News